I have been experimenting with VR180 3D using two Samsung Gear 360 cameras positioned side by side. Using both front facing camera’s video, the two sides are put together and adjusted using Mistika VR.
The image quality and frame rate is not as high as I would like. Each eye is only 2048 x 2048, and frame rate is 24fps. 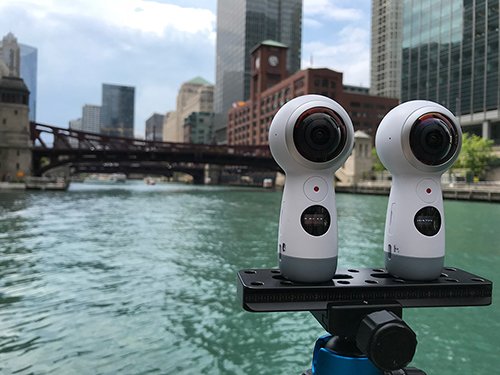 I thought it would be fun to shoot a couple of landmarks while in Chicago.

These are best viewed using a Google Cardboard, or some sort of headset. This will allow you to see the 3D (stereo) effect.
You can also view these and other videos on my Veer.tv page. (https://veer.tv/vr/c360vr/home)

Down by the River.